Important books on the subject of atom

Some of these books are definitely no longer available in bookshops, so try your local second-hand bookshop or, for example, at "amazon"Or"ebay".

Whistleblowing in the nuclear-industrial complex

Dr. Rainer Moormann worked for 35 years in the nuclear research facility (KFA), today's research center, in Jülich. For a long time, the safety of pebble-bed or high-temperature reactors (HTR) was one of the main focuses of his scientific work. An experimental reactor of this type (AVR) with a capacity of 15 megawatts was in operation in Jülich until 1988. Another prototype ran only 423 full load days in Hamm-Uentrop until 1989. Both were operated with fuel enclosed in graphite spheres and cooled with helium gas. High-temperature reactors are praised by interested circles in the professional world, in business and in politics to this day for the fact that they are "inherently safe": They do not pose a risk of core meltdown. Nuclear disasters are therefore not to be feared. This argument has been used for a long time to export the reactor type to countries with lower safety standards. Dr. In contrast, Moormann came to the conclusion in his investigations that the pebble heap HTR technology is associated with other, no less threatening accident possibilities and risks with catastrophic consequences for people and the environment. His information also justifies the suspicion that essential circumstances and consequences of an accident in 1978 in the Jülich reactor have so far been concealed. Dr. Moormann's whistleblowing and its focus on the common good are exemplary for responsible scientific conduct. That is why he received the 2011 Whistleblower Award.

Is Germany already a secret nuclear power? The civil and military uses of nuclear technology are in fact inseparable. For the first time, the book “STÖRFALL ATOMKRAFT” links the debates on health protection, resources, energy security, terrorism, nuclear weapons and proliferation. It provides highly explosive arguments to the debate about the extension of the service life and sheds light on the so-called "renaissance" of nuclear power with a wealth of facts. Many people reject nuclear power emotionally and out of fundamental conviction. Current data, figures and relationships clearly show how right you are.

Based on the development of the federal concept of a high-temperature reactor (HTR), this volume shows by way of example that the development of nuclear energy is by no means the result of rational planning. Rather, it turned out during the decision-making process that the HTR concept was subject to a high degree of "chaotic", structurally diverging planning moments. In contrast to the "fast breeder", there was no "community" that promoted this technology in a closed manner. The HTR development raises the question of the extent to which large-scale technologies are still socially enforceable today.

The "new" old arguments of the nuclear industry

- The miracle reactor from Hamm-Uentrop

- Disaster and disaster control - A 'mind game' on the possible disaster in Hamm - The United Electricity Works Westphalia - A short profile - How the nuclear industry deals with coal and mining - An insight into the atomic felt - Energy from hydropower - The unwanted gift of nature - "The VEW sprinkling has not been opposed" - Resistance of the citizens' initiatives against the VEW information center Uentrop 1976 - Working group "Gegengift", Herford: "Always encourage resistance!" - Citizens' initiatives in the region - 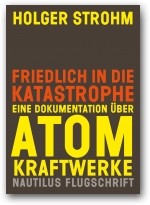 A documentation about nuclear power plants

Two thousand and one, publication date: 1981. 1292 pages, the most comprehensive work, a lot about the HTR!

Stern called it »the bible of the anti-nuclear power movement«, and to this day there is no comparable book in the world that deals so comprehensively with all aspects of the 'peaceful use' of nuclear power - the physical, economic, ecological, political and social. For the anti-nuclear movement, the work was an indispensable tool for the argument.
With impressive detailed knowledge, Holger Strohm analyzes political and economic relationships, describes the technology and functionality of the various types of nuclear power plants in detail, explains the consequences of radioactive radiation for people and nature and points out the risk of accidents. He goes into detail about safety measures, radiation protection and the repository problem and shows possible alternatives to nuclear power. Anyone who has read this book cannot possibly still be in favor of nuclear power.

At first there was little statistical material ...
and those interested in downplaying the dangers of atomic bomb tests and nuclear power plants could claim that low-level radiation is safe, even if it has long-term effects on people.

But then there was more and more statistical material ...

and the data made it clearer and clearer: the human organism is a hundred or even a thousand times more sensitive to radioactive radiation than previously assumed. The weakest are particularly affected: the unborn, the children and the very old.

EJ Sternglass' book, Low-Radiation Radiation, documents the struggle to get this evidence to the public and draws alarming conclusions that affect our immediate vital interests.

"Low radioactive radiation" proves that there is no lower limit to the dangerousness of radioactivity. Even the small amounts of radiation emitted from nuclear facilities during normal operation are much more dangerous than ever thought. They enter the food chain via air and water and are found in the human organism enriched.

This "lower" radiation exposure is responsible for the increase in stillbirths, deformities in children and deaths from leukemia and cancer. Nevertheless, 14 nuclear power plants are in operation in Germany so far - over 50 are expected to be one day, 40 of them in the Federal Republic of Germany alone.

Ernest J. Sternglass, Professor of Radiation Science at the University of Pittsburgh (USA), also acted as a reviewer for the Baden-Alsatian citizens' initiative in the process surrounding the nuclear power plant in Wyhl.

His written book is not only a scientific account of the lethal effects of low doses of radiation, but also a living account of the attempts by the state apparatus and the American Energy Commission (AEC) to obstruct its work and make it effective in public.

The book is supplemented by a contribution by Professor Klaus Bätjer and graduate physicist Pere Carbonell from the University of Bremen: "The work of EJ Sternglass on problems of radiation exposure in humans."

From progress to inhumanity

"With the technical utilization of nuclear fission, the leap into a whole new dimension of violence was dared ...", this is how Robert Jungk begins this book, which he wrote in "Anxiety and Anger", "in fear of the impending loss of freedom and humanity ".

The sensational success of this book can be explained precisely by this attitude. Jungk's theme is the deformation of people through restriction of personal freedom, through repression, fears and mutual spying.

Jungk shows what was and is already possible and urges everyone to give up their fearful "I can't change anything anyway" attitude.

Authors group of the project SAIU at the University of Bremen, 66 responses to a brochure of the nuclear industry: "66 questions: 66 answers - for a better understanding of nuclear energy"

The classic, all these 66 replies are, even 35 years later, highly topical.

Boom for nuclear power plants - (1975) in the next 10 years forty nuclear power plants are to be built in the FRG alone. This boom is well prepared: For 20 years the public has been showered with advertisements for "cheap, safe, clean nuclear power". Nonetheless, the resistance of the affected population is growing, who see themselves threatened, misled and abandoned - abandoned also by science, which is largely silent about these disputes and nuclear energy propaganda.

This is where this book is supposed to help. It was written by a group of scientists, students and staff from the University of Bremen. For three years they followed the public controversy over the utilization of nuclear energy and were active in a variety of ways as experts named by the citizens concerned. In this book they take up the advertising leaflet "200.000 questions: 66 answers - for a better understanding of nuclear energy", which has been used 66 times. To every single question and answer they give a detailed and well-substantiated reply from the point of view of nuclear energy critics. With a summarizing afterword and an explanation of abbreviations and key words.

Brighter than a thousand suns

The fate of atomic researchers

The book has also been available at rororo since 1964, and at Heyne since 2000; it was first published in 1956. It is the forerunner of "The Atomic State" and deals with the role of international nuclear researchers and the "Atomic Nazis".

This fascinating factual report is aimed at everyone who lives face to face with the greatest danger of our century. He describes the history of the atomic bomb as "a story of real people" (CF Frhr. Von Weizsäcker) who in the summer of 1939 would still have been able to prevent the construction of atomic bombs and missed the chance: they showed themselves to be threatening morally and politically not up to the new invention. Jungk spreads an overwhelming factual material, opens up previously inaccessible sources and makes clear in an exciting way the dilemma of famous scientists who fluctuate between the urge to explore and the pain of conscience. What began in the twenties as a collegial teamwork of young scientists is developing into a tragedy. Researchers who originally felt solely committed to scientific progress soon found themselves caught in the tension of power-political disputes, and many of them began to realize that, as the American atomic physicist Oppenheimer puts it, they had done "the work of the devil". Despite sharp attacks, Jungk does not make a moral condemnation. He wants his book to be understood as a contribution to the great conversation "that can perhaps prepare a future without fear".

Robert Jungk was born in Berlin on May 11, 1913, the son of actor, director and film writer Max Jungk. After attending the Mommsen High School, he studied philosophy and psychology at the university in his hometown until 1933. When National Socialism came to power, Jungk emigrated to Paris, where he continued his studies at the Sorbonne. He worked on documentaries in France and Republican Spain and wrote under a pseudonym for the Weltwoche in Zurich from 1940 to 1945, where he also completed his university studies with a historical doctoral thesis. He returned to Germany in 1945 as a correspondent for the Observer and was the first foreign journalist to give a detailed account of the background to July 20, 1944. "The future has already begun" (1952; rororo NT. 6653) was the result of a period of several years Stay in the USA. The topic that was posted here was later deepened in “Heller than a thousand suns” (1956) and “Rays from the Ashes” (1959), internationally famous books that warn of the dangers of unleashed nuclear power. Robert Jungk has been teaching futurology at the TU Berlin since 1968 and has been chairman of the “Mankind 1974” group in London since 2000. His book «The Millennial Man. From the workshops of the new society ”, 1973 led to the establishment of a“ Fondation pour l'invention sociale ”, which aims to coordinate and promote approaches to a more humane technology and society. 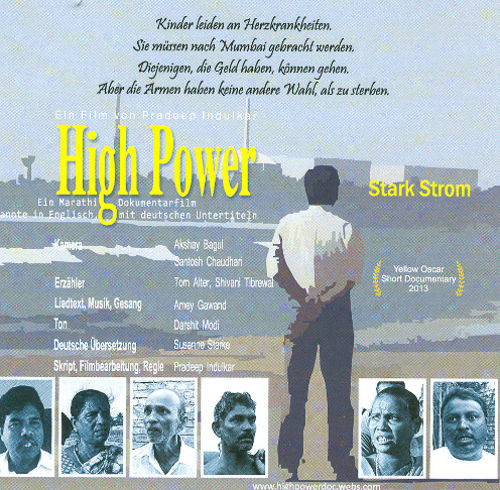