The THTR Circulars from 2012 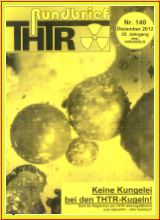 Criticism of LANUV measurements of the beads on the THTR: Crucial measuring ranges were left out!

Many questions remain unanswered: What does the NRW Environment Ministry say about the globules? 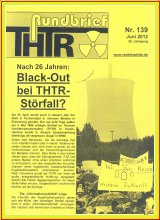 After 26 years: Has the THTR accident been forgotten? Here are the facts again.

Nuclear terrorism: No "crazy" Khan villains, but governments are behind it! 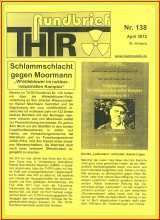 Mud battle against Moormann: "Whistleblower in the nuclear-industrial complex".

Hushed up near disaster in Jülich - suppressed criticism of the THTR in FZ Jülich - energy companies buy professorships and after 3 years the taxpayer pays!

Protest in front of the RWE annual general meeting in Essen on April 19th! 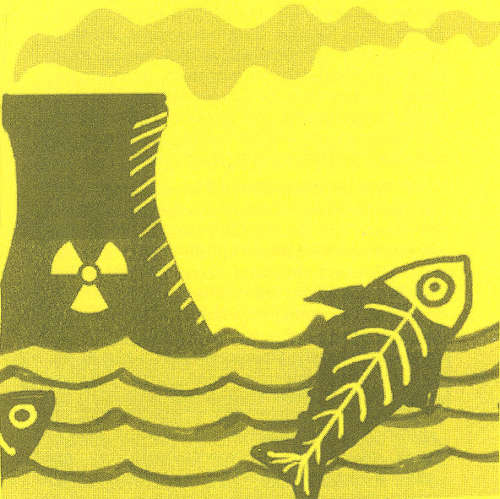