The THTR went into operation 30 years ago 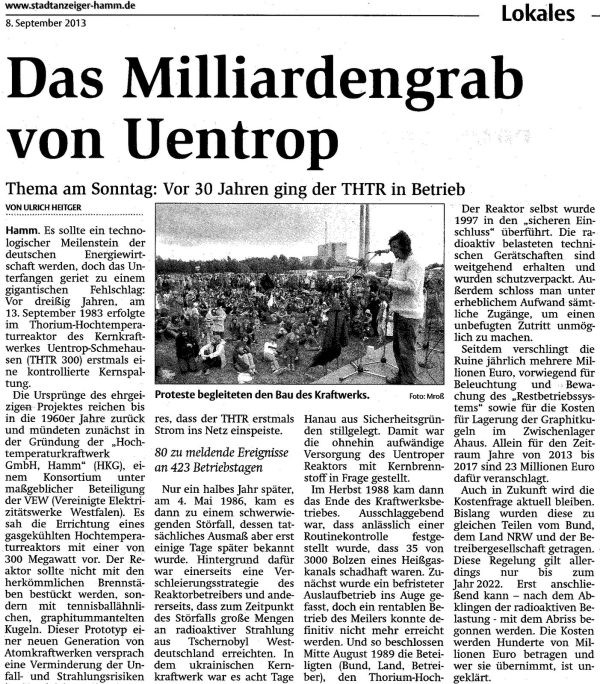 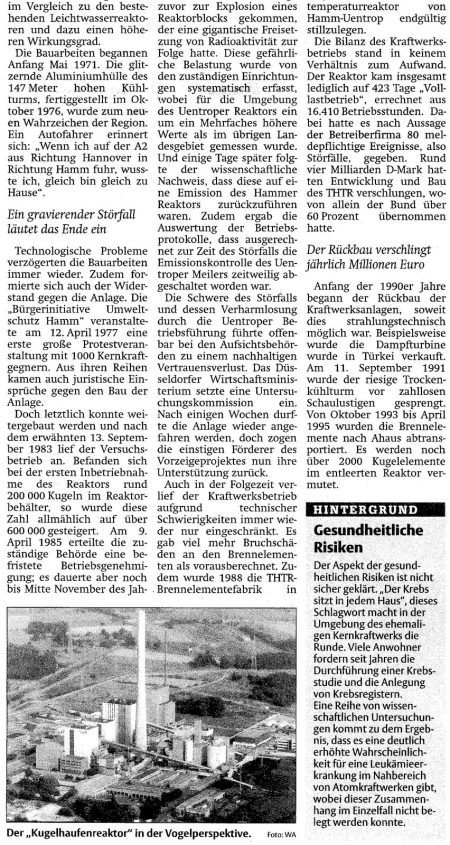 According to current estimates, "Project THTR" will cost 735 million euros 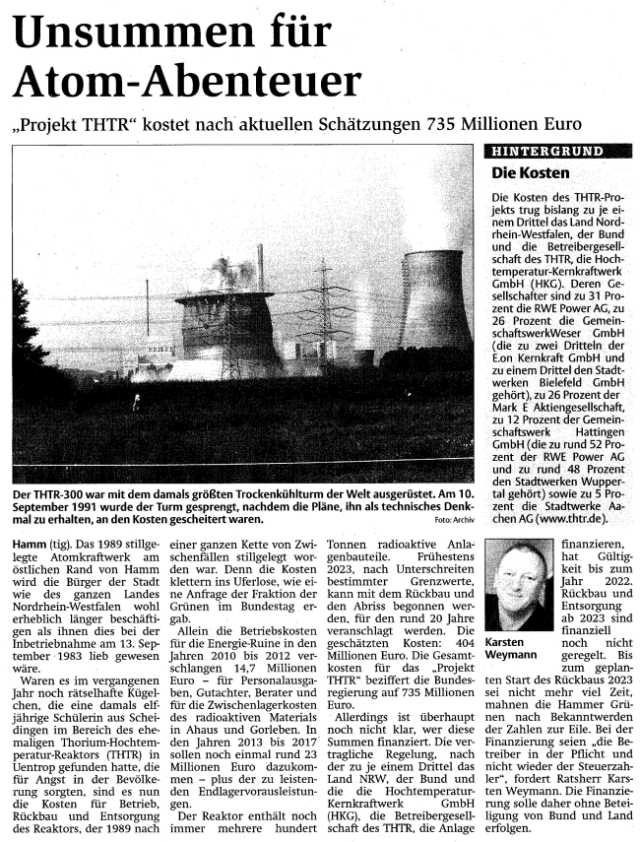 Cheap nuclear power for the green is a lie 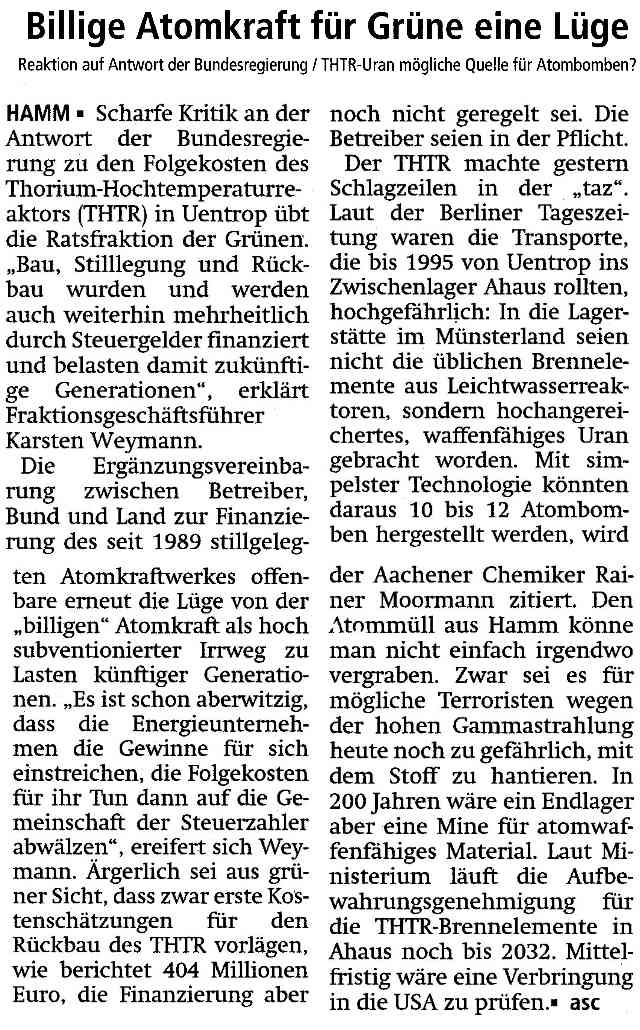 Failed in Germany, rebuilt in China

The high-temperature reactor should be safer than conventional nuclear power plants, but only caused problems in Germany. Then South Africa tried it and gave up too. Now China wants to build a pebble bed reactor. From Reimar Paul 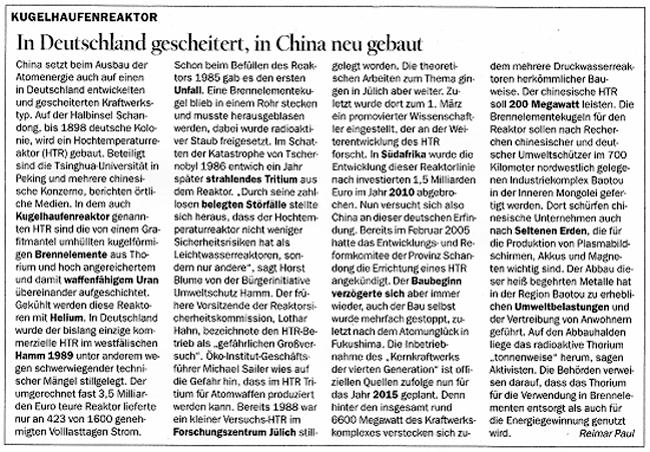 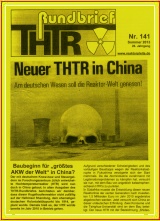