BI has been waiting for an answer for more than four years!

Who pays the bill?

Decommissioning THTR in Uentrop: Citizens' initiative is waiting for an answer
HAMM - Not only the dismantling of the high-temperature thorium reactor {THTR) in Jülich, which has hit the headlines, will be extremely difficult and, at an estimated 500 million euros, very expensive; ] Environmental protection Hamm, huge sums of money year after year in decommissioning alone.
Of the annual costs of over 5,6 million euros, according to Blume, the high-temperature reactor Kernkraftwerk GmbH, in which the energy group RWE has a significant stake, only pays 166666 euros.
The state of North Rhine-Westphalia and the federal government must pay equal shares for all the rest. This payment agreement expires on December 31, 2009.
A request from the BI as to how things will proceed afterwards has so far remained unanswered. The BI fears that the financial burdens will be passed on to the taxpayer again. WA 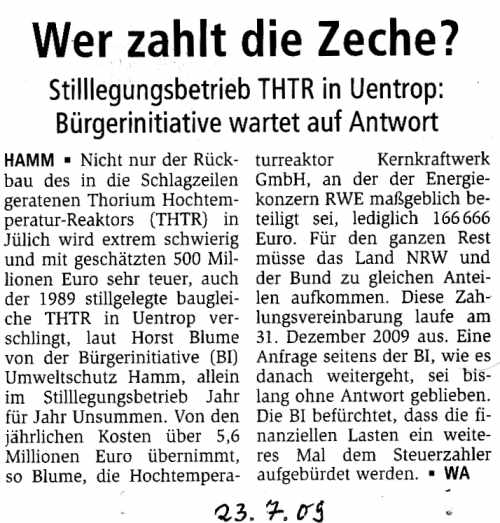 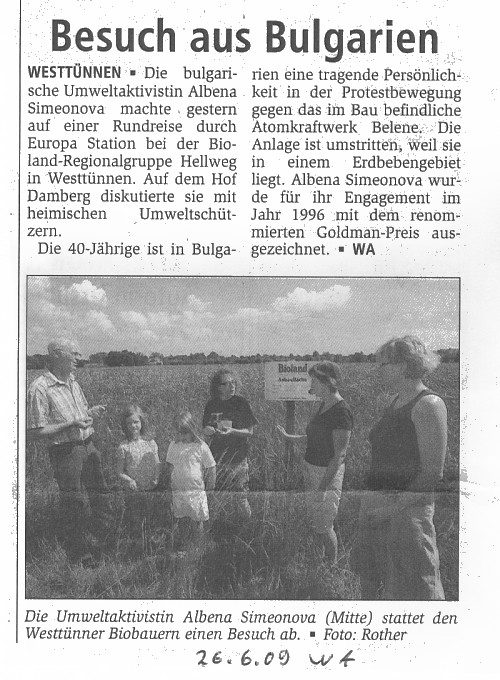 BI Hamm drives to the demo in Münster 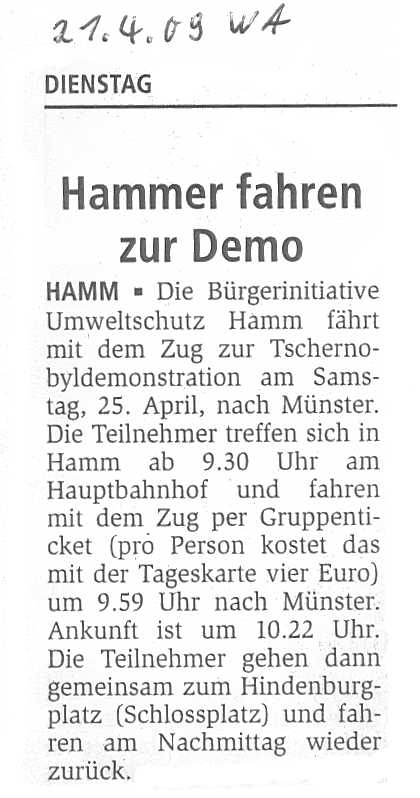 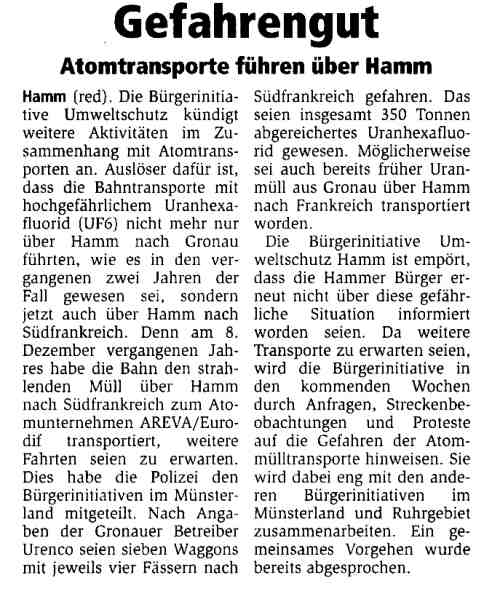 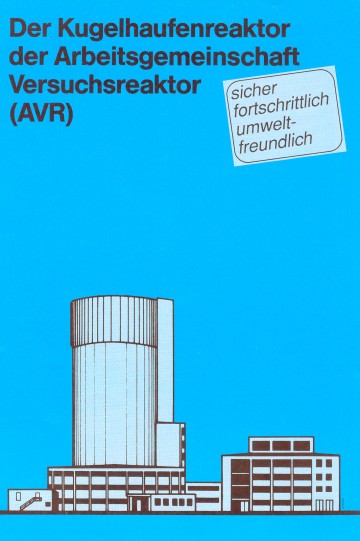