The THTR Circulars from 2009 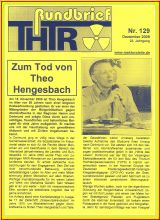 On the death of Theo Hengesbach.

Theo was a co-founder of the citizens' initiative against nuclear power in the Hamm and Dortmund area. An obituary.

Boycott of electricity payments in Dortmund: with patience and spit.

This text by Theo Hengesbach from 1979 shows exemplarily and in a lively language the implementation and effect of nonviolent actions.

Duisburg, Mühlheim, Essen: The nuclear industry in the Ruhr area wants to make garbage in the Münsterland disappear.

The role of the Nuclear Service Society (GNS).

THTR resistance exhibits as part of the European Capital of Culture RUHR.2010 are extremely topical.

Two exhibits from BI Hamm can be seen in a permanent exhibition in the RuhrMuseum in Essen. 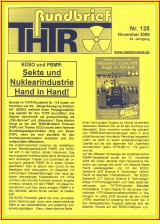 FDP, CDU, test engineers for construction technology and "Citizens for Technology" (Marl) have made new friends

Forgetting everything is enough - AVR!

The whole truth only comes out during the dismantling attempts. The little THTR is highly contaminated. And now politics has one more problem ...

New THTR Castor transports are to go to Ahaus.

In addition to the 152 castors from the AVR from Jülich, there are also "bulky" nuclear waste and such from LaHague.

NRW Ministry of Finance still does not answer questions about the excess of the decommissioning costs of the THTR.

FDP and Nazis in the NRW state parliament. 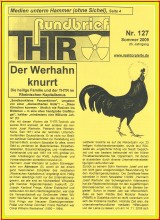 The Werhahn growls. The Holy Family and the THTR in Rhenish Capitalism.

How the Adenauer son-in-law and patriarch of the Werhahn clan, with his power and connections, still wants to help the THTR to an ultimate victory.

THTR confinement: Sure, a lot of money.

Will the taxpayer have to pay the 5,6 million euros annually for decommissioning costs over the next few decades?

The nuclear industry tries again and this time bakes small rolls: an 80 MW reactor in 9 years.

Media under the hammer (without sickle). Stroll through the local and national disinformation system of the daily newspaper using the example of THTR and social robbery.

September 5, 2009: Anti-nuclear bang before the election in Berlin!

The THTR newsletters from the years: 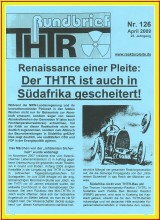 Renaissance of a bankruptcy: The THTR also failed in South Africa. The highly subsidized nuclear prestige object has come to an end and is still twitching a little. The fuel element balls are already in the USA; the one thousand PBMR employees are still in South Africa.

The THTR in Jülich is massively contaminated! The reason: too high core temperatures. Even the magazine "Kerntechnik" is now writing that.

WDR film: Nuclear power for Africa. The film team visited the crime scenes in Jülich, Hamm, Cape Town and Pelindaba. And talked to supporters and opponents.

Laurenz Meyer, episode 20: At the very bottom (on the CDU reserve list). 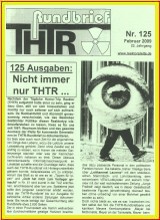 In addition to the THTR, we dealt with many other topics during this time: media policy, Laurenz Meyer and right-wing radicalism, the SPD and the depravity of politics, Gandhi and South Africa, Hartz IV, citizens' initiatives and parliamentary illusions.

South Africa: After the end of pressurized water reactors, the THTR project is under pressure.