The THTR Circulars from 2005

What will happen to the HTR spheres in the next 1.000 years? Long term safety issues.
High-temperature reactors in the USA: Commissioning planned by 2017.
Nuclear Hydrogen Production, VHTR.
Trade unionists for the HTR. IG BCE and Prof. Dr. Franz-Joseph Wodopia at the German Atomic Forum.
New uranium mine and first alternatives in Namibia. "Long Heinrich". Uranium thieves.
Schönhuber as the former editor-in-chief at today's Ippen-Blatt "tz" (Munich).
Laurenz Meyer, Part 19: Expenses and social robbery.

SGL Carbon supplies graphite for high temperature reactor in South Africa!
IAEA: The International of Nuclear Power received the Nobel Peace Prize. Next time the mafia ??
Ver.di on pro-atom course. Joint position paper by trade unions and energy companies
Against the comeback of the nuclear industry - for a sunny future!
Successful demonstration in Lüneburg
THTR nuclear waste in Morsleben and Ahaus. Press coverage.
* 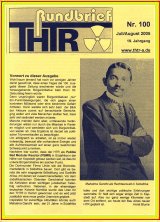 Namibia's pillage and destruction for the profits of the nuclear industry.
Colonialism. Rössing and Langer Heinrich.

German capital at the Cape. Collaboration between German industry and the apartheid regime (book review).

Gandhi lived in South Africa for 20 years: "I bring the good news that I have finally been arrested". Press review.

"From Below Up! Council Ideas Today". Lecture by Horst Blume at the meeting of the Erich Mühsam Society in the Gustav-Heinemann-Bildungsstätte in Malente about his experiences in the 80s as GAL councilor of the city of Hamm and district representative in Hamm-Uentrop in the fight against the THTR. Why parties pursue their own interests and engagement in citizens' initiatives and direct actions are more important.
The "Action Plan for Social Movements" by Bill Moyer. Criticism of the parliamentary orientation of protest movements.
Clayborne Carson: "Times of Struggle". The Student Nonviolent Coordinating Committee (SNCC) and the Awakening of Afro-American Resistance in the United States' XNUMXs. Martin Luther King (book review).
*

Inquiry to the NRW state government on the THTR: Where is the concept for after 2009?
HTR in 2005: The research continues!
Civil and military technologies are merging.
7th Research Framework Program of the EU. Development of new reactor types.
Ahaus: Castors should roll after the state elections.
Uranium enrichment in Gronau exacerbates the problem of nuclear waste.
If Gronau were in Iran ... Two standards for uranium enrichment plants.
Tsunami threatened nuclear reactor in India.
Laurenz Meyer, part 18: 1 million euro jobs for Laurenz - 1 euro jobs for millions! 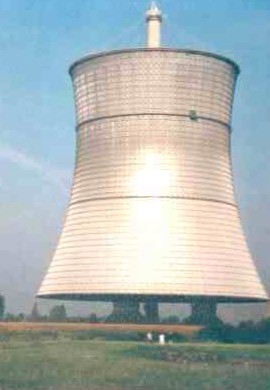