September 25, 2021 - Photovoltaics: how harmful to the environment are solar cells?

The former prestigious reactor in Flamanville, France, was originally scheduled to go online in 2012. But several construction errors are still delaying the start, and the planned costs have almost quadrupled.

In the case of another breakdown in the pressurized water reactor under construction in Flamanville, France, coolant leaked out. The event was classified as a "significant" incident, but had no consequences for the safety of the plant or the health of the employees, the operator EDF announced on Friday. During maintenance work, it turned out that around 74 kilograms of coolant had escaped in the EPR reactor.

A total of 172 kilograms of coolant have leaked since the beginning of the year. However, a maximum of 100 kilograms per year is allowed...

A malfunction in the emergency service water system was detected at the Brokdorf nuclear power plant at the beginning of the week. As part of routine planned work, the Preussen Elektra operating company had manually closed a slider in one of two lines of the system.

When the slide was actuated again to open, it was found that the slide did not open even though the drive linkage was actuated. According to the Schleswig-Holstein Ministry for Energy Transition, Agriculture, Environment, Nature and Digitization, the reactor safety authority called in experts to clarify the causes and determine repair measures.

Every day "small mistakes" happen here and there ...

Unfortunately, the list of faults at THTR does not end with the shutdown of the reactor in 1989 ... bankruptcies, bad luck and THTR breakdown series

Why the Fukushima disaster is being played down

This playlist contains over 100 videos on the topic

In addition to the disasters in Fukushima and Chernobyl, there were other nuclear accidents that led to major radioactive contamination, such as in Mayak or Tomsk, or incidents that did not end in a meltdown just because of fortunate circumstances. These events alone should be enough to demonstrate the dangers of using "peaceful" atomic energy.

According to a 2012 estimate, the accidents, along with the Chernobyl and Fukushima disasters, cost $ 471 billion ...

A malfunction is commonly referred to as a disruption of the normal operation of a technical system, in particular the chemical industry, or a nuclear power plant. Intended operation is the operation for which the system is technically designed and approved by the competent authority ...

In nuclear technology in Germany, an incident according to Section 1, Paragraph 18 of the Radiation Protection Ordinance is an "event sequence, when the operation of the nuclear facility, the facility for generating ionizing radiation or the activity cannot be continued for safety reasons and for which the nuclear facility The system or the system is to be designed to generate ionizing radiation or for which precautionary protective measures are to be provided during the activity. ”It differs from the accident in that the effects are limited to the system. On the International Assessment Scale for Nuclear Events (INES), an incident in a nuclear facility corresponds to level 2, a serious incident to level 3. Level 0 corresponds to breakdowns that have little or no safety significance. Category 1 events are malfunctions, i.e. deviations from normal operation without radiological effects ... 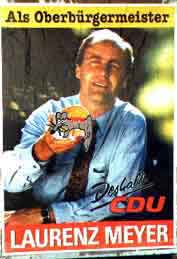